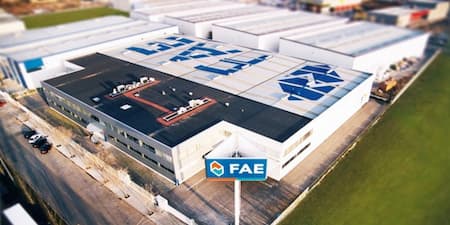 Technological solution capable of speeding up the working times of an industrial plant by means of motion study and a collaborative robot.

The project arise from the need of FRANCISCO ALBERO (FAE), as a multinational company, to optimise the production process while minimising occupational hazards through collaborative robots.

Context of the problem was:

In conclusion, it is determined that FAE needs a data processing system to speed up production movements and to apply rules to the collaborative robot.

The solution adopted by FAE was the development of an industrial solution with an artificial intelligence learning programme.

Initially, the project consisted of collecting data to carry out a series of laboratory tests with the information gathered. For this, GFFSM algorithm was used because it allowed three different activities to be selected and to fluctuate between one and the other when fuzzy logic rules were met.

GFFSM algorithm has a genetic component capable of optimising parameters and complying with the activity exchange rules. These parameters allow to define for each rule what is defined as low, medium and high movement. This optimisation conflicts with the high computational and temporal cost it requires.

In order to reduce input dataset, a genetic feature selection algorithm, known as the Wrapper Algorithm, was also developed.

This method uses an input dataset and selects an optimal subset of several features. Based on the previously developed GFFSM system, we implemented a system that allowed selection from the initial set of selected and pre-filtered variables by means of Feature Selection.

Critical to the implementation of these systems was the labelling of the different states, and although the system already recorded them automatically, manual adjustment was required because the activities are very fast and the operators identifying them could not reach those speeds. They were then visually grouped taking into account the data collected:

The right hand implements activities that the left hand did not perform, being these:

While the left hand performed the following activities:

Implementation of the solution was carried out in several milestones, based on a first preparatory phase consisting of:

Determination of functionalities required by the prototype and necessary tools.

And a series of successive activities in the execution of the solution: 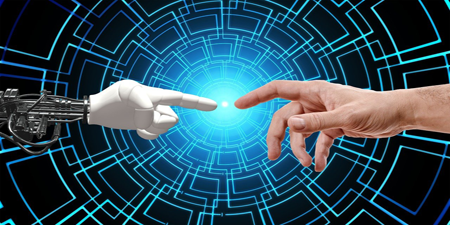