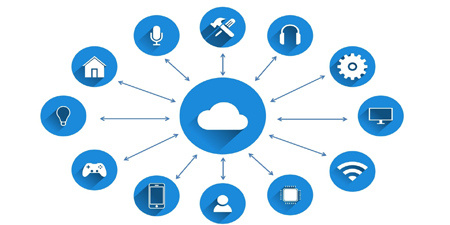 The IoT platform we intend to develop has multiple potential applications, although our current interest is in the study and treatment of neurodegenerative diseases. Neurodegenerative diseases are one of the major health problems worldwide, and include diseases such as Alzheimer’s Disease, Parkinson’s Disease, Amyotrophic Lateral Sclerosis, Frontotemporal Dementias and Lewy Body Dementia, among others. Most of these diseases are characterized by a common pathogenic mechanism consisting of aggregation and accumulation of misfolded proteins that are deposited as intracellular or extracellular aggregates and lead to cell death.

Each disease is characterized by a selective neuronal vulnerability at the CNS level, which conditions the degeneration of specific areas, producing the corresponding symptoms of loss of function. For example, the histological markers of Alzheimer’s disease (AD) are neuritic plaques, formed by a peptide called beta-amyloid (Aβ). Very briefly, AD occurs because Aβ peptide is generated in the neuronal membrane. The monomers of this peptide are initially soluble, but have a tendency to aggregate into increasingly complex forms, forming fibrils and finally amyloid plaques, leading to synaptic failure and neuronal death1.

Today, none of the neurodegenerative diseases has an etiological treatment; therapeutic actions can only be symptomatic in some cases and palliative in all of them.

The project aims at the development of an IoT (Internet of Things) platform, which allows the selective elimination of molecules dissolved in biological fluids by immunotechnological filtering, so that the IoT platform will be formed by:

Therefore, the final product will be a Platform that combines IoT with immunotechnology-based filters for the selective removal of molecules from fluids, such as biological fluids or cell culture media. Such a type of platform does not currently exist and is suitable for testing the effects of drugs and medical devices by pharmaceutical or biotech companies.

In the framework of this project we will design a platform that will contain the technological basis of a future implantable device, totally novel, for the filtering of proteins from cerebrospinal fluid by means of filters based on immunotechnology. This system could be useful for the treatment of several neurological diseases due to protein deposition, such as neurodegenerative diseases. The therapeutic hypothesis has been presented at the Alzheimer International Conference.

National project in cooperation with:

To undertake this project, a scientific-business consortium has been formed, with complementary skills and knowledge that, together, bring together the capacity to develop the platform described:

The project has been funded through the 2017 Collaborative Challenges program.